It’s been a long-term debate between the developers for Cross-Platform and Native Mobile App. As both of the technologies are been evolving with time. Each of them has its own pros and cons. Depending upon that factors the requirement changes for users, developers, platforms and even the mobile application owners. Sometimes the preference of the platform depends upon the developers. As they are aware of the users and app functions more than owners.

Cross-Platform Mobile Apps are versatile apps which are compatible with multiple operating that means compatible on both Android and iOS platforms from a single app. Also, there can be used on any device like mobile and tablet. Cross-Platform Mobile Applications, in short, are nothing but the native applications developed and then wrapped with cross-platform, so they can match the growing and variety of devices.

Cross-Platform apps are mainly developed using HTML5, JavaScript and CSS. Some of the Cross-Platform Apps development tools are PhoneGap, Ionic, Xamarin, React Native, Flutter, and many others. All these tools have the same end product of developing the apps in the easiest form. A very well know phrase which is commonly used for Cross-Platform mobile apps is “build once, deploy everywhere”

There are certainly pros and cons for Cross-Platform Mobile Applications. Some of them are

Native Mobile Apps can run only on a single operating system, either on iOS, Android or Windows. Mobile App developed for the Android platform do not run on iOS and vice versa. Compared to Cross-Platform Mobile Application, Native Apps are a bit tilted to the easy development side. As they only need to fit into the criteria of either Android or iOS checklist.

The main Integrated Development Environment i.e. IDEs used for Android developers use Android Studio and iOS developers use Apple’s XCode. They are developed with the purpose of functioning on a specific platform and to help programming languages for respective platforms. Native apps make the complete utilization of the hardware of the device being used for operating it.

Native Mobile application performs very well for the Games apps. As the usage of the device is completely done by this platform apps. As native apps are built for only one device and all the criteria are being filled up. This gives the user the best performance and experience.

Choosing a platform totally depends upon the requirements of the app owner and the app user. Both of them have their own pros and cons which make them apart and unique. 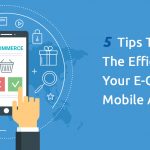 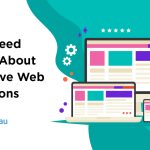