We are living in the most competitive and dynamic world where speed is everything. It’s our transport, product delivering, internet and even mobile apps. The mobile application has become the second most important thing after the internet currently. For every business or service, there are individual mobile applications available now for Android and iPhone mobile devices.

When there is some much need for a single product and more to that is the production, it’s obvious that quality is the only weapon to sustain in the market. According to the survey, it is reported that Mobile Apps are uninstalled after using it only once. At this level of competition only flawless mobile apps are used by its users.

Below are a few tips which would be useful

There are multiple points and tips which are present in the checklist, only a few and important of them are mentioned above. Do share your views or tips in the comment section below. 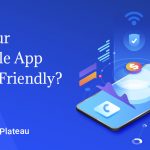