Facebook has always been one of the most popular social media channels, however, in recent years its popularity has been on the wane especially with the younger audience. As a result, Facebook has been losing out on revenue. Although it has more than a billion dollar valuation Facebook still needs to try different methods to monetize the nearly 400 million daily visitors.

So what’s New for Facebook?
To be honest, Facebook is trying a new strategy that’s actually been tried by them once before. Facebook is reintroducing search ads to its platform. They first tried the concept of sponsored advertising in 2012. However, back then the experiment did not go down well with the users and was quickly called off.

Facebook Search Ad 2.0
In order to bump up its revenue, Facebook is reintroducing sponsored ads in its search. What this means is that every time you perform a search in Facebook you’ll see a list of paid ads before the organic search results. Similar to what you would see on Google.
For the time being the search ads concept is being run only in the US and Canada and is only visible for a certain set of advertisers and industries. Google wants to make sure that they implement the search ads correctly this time to avoid the mistakes they made during the last experiment.

IN the current state advertisers don’t have the ability to run ‘only’ search ads. The search ads have to run in conjunction with the regular news feed ads that are now the staple on Facebook. Although slightly limiting the aim is to be able to derive as much information for the benefit of advertisers and users as possible.
Also in its current form, these new search ads will only be visible on mobile and for select customers before hopefully being rolled out successfully.

Why Is Facebook Using Search Ads?
The main motive behind the search ads is undoubtedly to make another revenue stream for the company. While Instagram and other Facebook acquisitions have been showing tremendous growth in terms of revenue Facebook’s revenue itself is actually declining.
Another possible reason for re-introducing search ads is to provide advertisers with more options to reach out to the customers. Especially those further along in their customer journey. As per recent social media trends, consumers are no longer shying away from looking for products on social media as opposed to only using Google search.

Advertising revenue for the year 2018 was in excess of $33 billion. This is a large pie with several spaces for several companies to grab a share. Facebook believes that it is in a perfect position to take advantage of that fact. However, Facebook would want to do what’s best for both its advertisers as well as its consumers.

The Problems Facing Facebook Search Ads
Ever since the Cambridge Analytica scandal users have been very hesitant to share their information with Facebook. Facebook already uses a lot of the information we provide it to provide us with a better experience while using their app.
Some consumer’s worry that Facebook will use their information more prevalently to help make their search ads more targeted. While Google already does this to some extent they’ve managed to limit their intrusion, or make it seem that way. Facebook does have an image problem that they need to deal with so ensuring they launch their search ads globally properly is a priority. 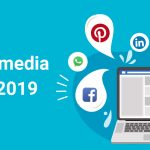